Some of the generous press we’ve gotten

This page contains newspaper and magazine articles written about Shaun Eli and The Ivy League of Comedy along with links to audio files- the articles were narrated for the visually impaired. 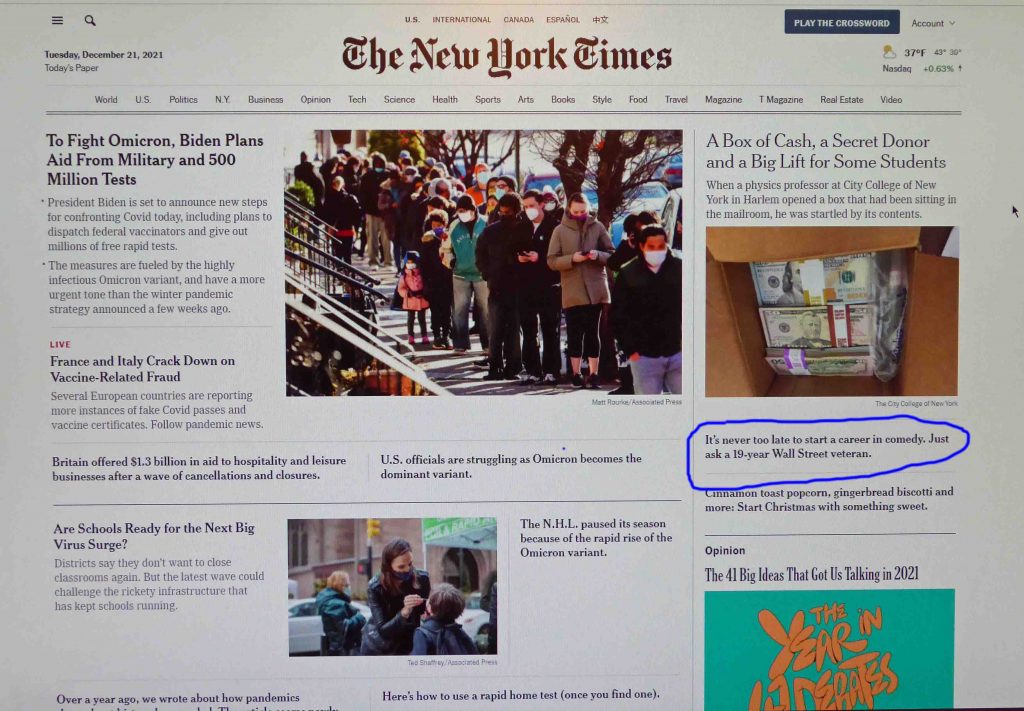 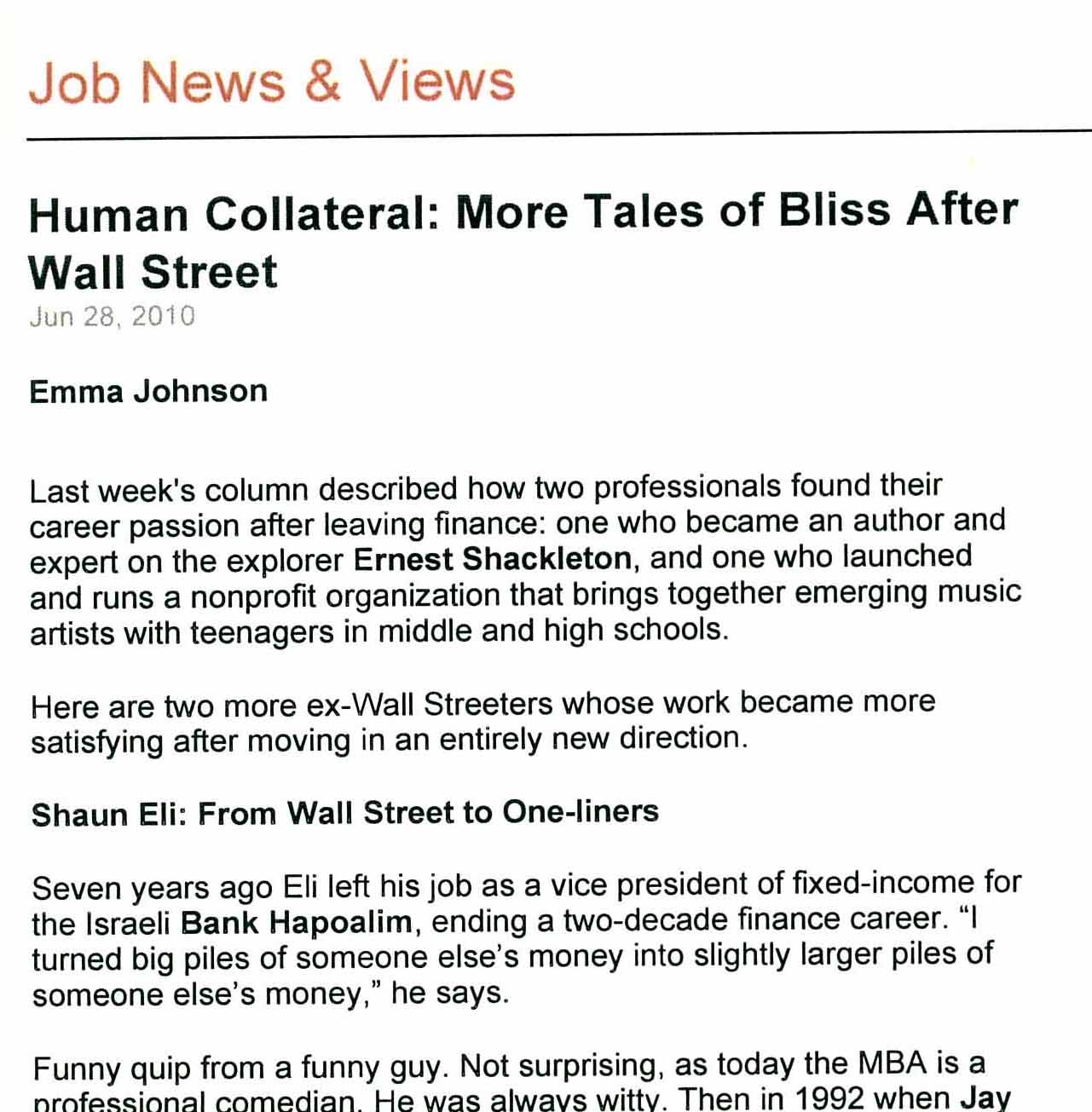 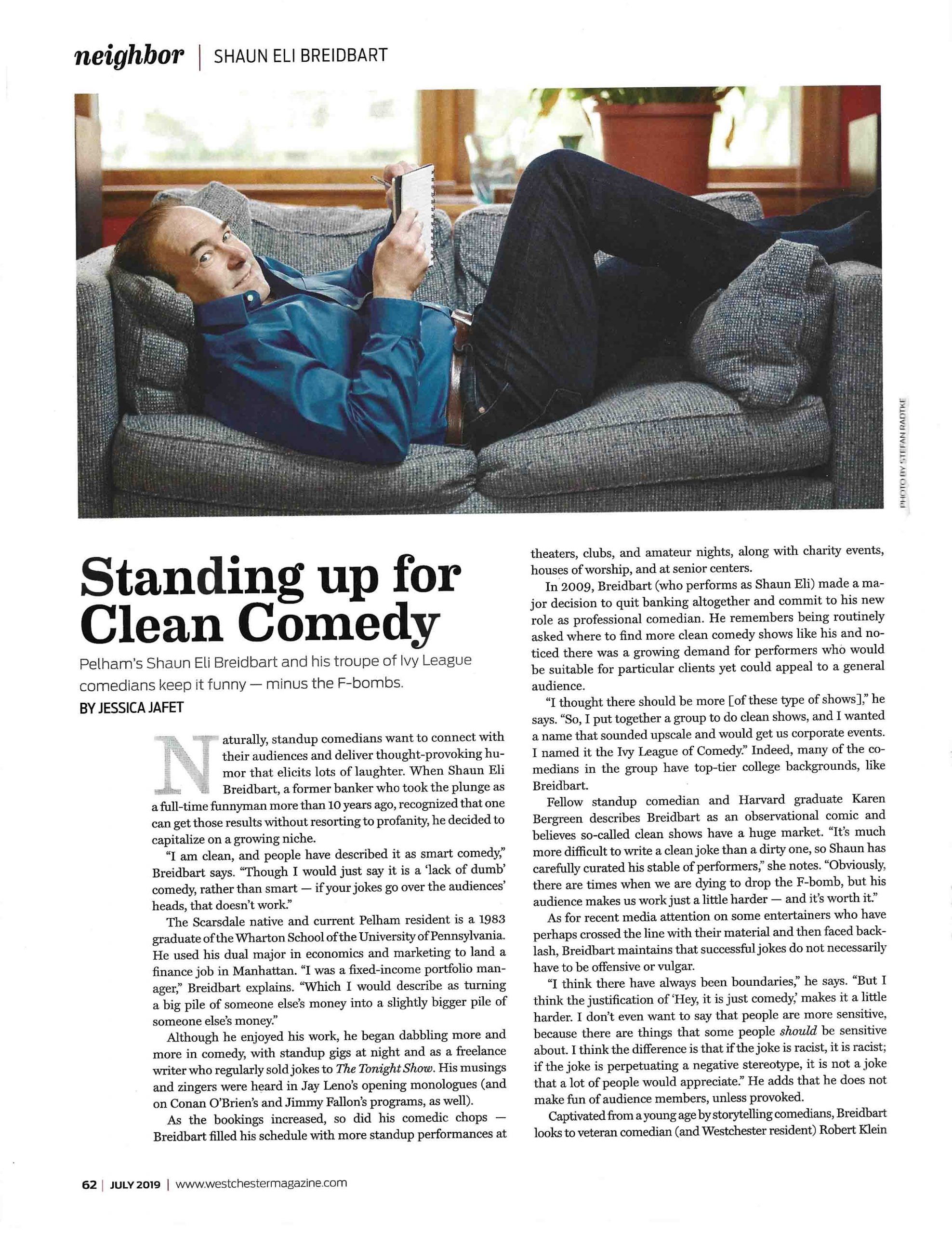 Here’s a promotion put together a few years ago for a particular show- not every show is all Ivy-educated comedians who quit Wall Street or a law firm, and we actually make a good living at this:

Ivy Standup, “The Ivy League of Comedy”sm:  The show features clean, clever stand-up comedy performed by those best qualified to be snobby and brag about it— professional comedians who went to Ivy League schools.  And then disappointed their parents by quitting Wall Street or the law firm to tell jokes to drunks for less money than you can imagine anyone living on in NYC.

This provides a perfect opportunity for you to impress your date with how well-connected you are.  She may even believe that you finished college despite the fact that it’s only your high school diploma that you display on your bathroom wall.

And since the comics are clean you don’t have to worry about any content offending her, at least until you open your mouth afterwards and dirty words come spilling out.  But by then she’ll be convinced that you’re smart and erudite, especially if you manage to work words like ‘erudite’ into your pre-show conversation and ply her with some fancy drinks from the club’s impressive drink menu, as per the two drink minimum.

The Ivy League of Comedy
The Smartest You’ll Ever Laughsm

For other comedy shows we also recommend Liberty Comedy.