Salt Lake City, Orem, West Valley City, Provo, West Jordan or anywhere else in your state- we’re ready to come make everyone laugh! Advice is free so ask us anything.

Stand-up comedian Shaun Eli has rightfully been called one of America’s smartest comics. Whether it’s a story about dining with a vegetarian or successfully fighting a parking ticket, master storyteller Shaun Eli shows you that there’s hilarity in the ordinary if you approach life with a comedic warp. Job interviews? Serving on a NYC criminal jury? How about the Ten Commandments? For just about anything he’s experienced Shaun has a hilarious story at the ready. And don’t worry. You won’t be offended by his Ten Commandments jokes.
Shaun looks forward to returning to Salt Lake City– his first show there was for the Jewish Federation of Utah. Yeah, there is one. The audience was more than 10% LDS and they too loved his show. So Orem, West Valley City, Provo and West Jordan, the ball’s in your court! 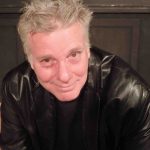 Besides television appearances on Comedy Central, CBC (Toronto) and Discovery Channel Europe, Mr. Vignola has also appeared at Montreal’s “Just for Laughs” Comedy Festival with Bill Maher and toured with Armed Forces Entertainment performing for our troops in Afghanistan.
His most recent film credit includes his starring role as “Eddie” in the short film “Tilting at Windmills” which premiered on opening night of the 2012 “International Film Festival Manhattan” in November at the Quad Cinema in NYC. He also recently created and portrayed the voice of the character of “Dr. Robert” in the imaginative animated television pilot “Ben v World”.

Carmen Lynch on The Late Show with David Letterman

Comedians from The Tonight Show

Comedians from America's Got Talent

Comedians from the Late, Late Show

Comedians for a Private Party

Comedians for a Baby or Wedding Shower